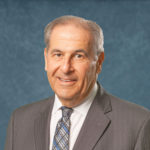 Every business faces risks on a daily basis. Economic risks, disaster risks, regulatory risks, and technology risks are ever present to affect organizations to varying degrees and in different ways. Every organization with assets is in danger of those resources being targeted by dishonest employees.

On a biennial basis, the Association of Certified Fraud Examiners releases a Report to the Nations on Occupational Fraud and Abuse. The 2018 report covered over 2,690 global cases analyzed in fiscal years 2016-2017 where the median loss incurred by organizations was $130,000. Asset misappropriation was the most common of the occupational frauds, occurring in over 83% of the reported cases.

When the fraud was discovered by active detection methods, such as internal control and account monitoring analysis, surveillance, or reconciliations, both the median loss and duration of the schemes were materially less than those discovered through passive methods, or by accident. The most common method of discovery of a fraud scheme is by a tip from an employee about another employee who is the perpetrator.

Management reviews, account reconciliations and internal audits follow tips as the most effective detection methods. The external audit by independent CPA’s uncover less than 4% of fraud cases. The reason is the external audit is designed for the purpose of expressing an opinion on the organization’s financial statements, taken as a whole, and the audit examination is not transaction based.

Fraud schemes involvin collusion with another party either inside or outside the organization were analyzed in the 2018 Report to the Nations. The report indicated that the occurrence of internal collusion fraud was nearly identical to collusion with an outside third-party perpetrator. While collusion cases are often much more difficult to uncover, and more so, to find evidence adequate to prosecute, internal controls of the organization can greatly minimize the risk of these types of schemes. 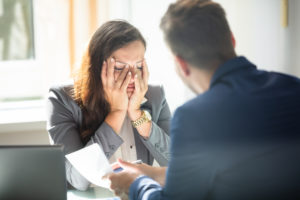 Strong fraud prevention controls should be in place and operating effectively to promote a culture of ethical employee behavior. Segregation of duties, authorization and approval procedures, job rotations, physical safeguards and mandatory vacations are all effective practices of a well-functioning internal controls system. Employees should be taught and encouraged to recognize unethical practices and have an effective way to communicate any concerns that they may have to management.

The organization’s culture should be one of zero tolerance of dishonesty or unethical business practices. The cost of fraud to the organization and those employed by it includes loss of profits, adverse publicity, job loss, and decreased morale and productivity.

All organizations need to make the time and effort to evaluate their fraud prevention climate and culture. The cost of prevention of fraud is minimal compared to the damage to an organization cause by a rogue employee.